A Fresh Approach To My Biography 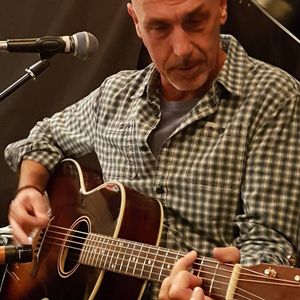 Tricia and I were talking to a couple of our closest friends recently. The conversation came around to how people promote themselves on their websites, social-media, bios. It seems that no amount of superlatives can be too much when it comes to portraying the impact one is having on a global scale!

Maybe it is a weakness of our humanity that we talk up and embellish our achievements. So it got me thinking that it was high time that I updated my own biography. I decided that it was probably best to offer potential concert organisers two different types of Biographies to use in their promotion.

The first Bio. might make you chuckle but the serious point, is that I am an ordinary guy, who has been fortunate to write some songs that have connected with people. Read on:

I have been very fortunate to make a living out of music. I am not a particularly accomplished musician or singer. I don't eat, sleep and breathe music. In fact you have to drag me kicking and screaming to rehearse songs.

My greatest achievement in life is being married to Tricia since 1978 and having the great gifts of a son, daughter and 4 wonderful grandchildren. Nothing else really matters that much.

I do not have any awards, except a Gold disc, for singing someone else's song on an album that sold more than a million units in the USA and beyond. The song was 'We Want To See Jesus Lifted High', and I did not think it was that good when I first heard it. How wrong can you be!

Tricia and I have been writing songs together since we first started dating. In fact, our first date was meeting up to write a song.

By some accident, a number of songs we wrote together between 1985 and 1995, became popular. Particularly 'All Heaven Declares', which has opened all sorts of doors for us in different countries. Most of our best songs were written in a few hours!

In 1997 Tricia and I had a crazy idea with a bunch of friends, to rent Wembley Stadium, London, UK, for a worship event. It cost a lot of money to put on. Fortunately, around 43,000 people in the UK thought it was a good idea and they bought tickets. So we managed to have a great event and not have to sell our house to pay the bills.

After a very busy period in our lives we relocated in 2010 to the island of Mallorca, Spain where we live in Palma, the capital city.

Pre-Covid, we continued to write, record and perform together and our latest CD – Quiet My Soul – was released in September 2017.

Post-Covid, we are not sure what our plans will be. We are certainly less eager to travel with all the added hoops we now have to jump through. Unless we are visiting our family, or feel the event is worth doing.

So if you are reading this, it means that you have decided to find out more about me/us and might even be interested in hosting a concert for us!

In a musical career spanning almost 50 years, Noel has performed in 40 countries and played in every kind of venue - street corners, bars, concert halls, churches, cathedrals and stadiums.

He has been married to Tricia since 1978 and they have two children and 4 grandchildren.

Since the late 1970s, Noel & Tricia have been involved in the worldwide contemporary Christian worship movement and have written many modern hymns and songs. Perhaps the best known of these is "All Heaven Declares". At one time, they had 17 songs that featured in the UK CCLI top 500, Church Copyright listing.

He has recorded 14 albums and also appeared on numerous "live" event/compilation albums. The most successful of these is Sparrow records "I could sing of your love forever" on which Noel is featured singing a live version of "We want to see Jesus lifted high". This album has sold in excess of a million units.

In 1997, Noel & Tricia were key members of the team that organised the 'Champion of the World' event at London's Wembley Stadium, with an attendance of more than 43,000, making it the biggest contemporary Christian music event ever staged in that venue.

Since 1998, Noel has been a regular visitor to Hungary playing gigs at various venues, including the Kisstadion and László Papp Budapest Sports Arena.

In 2010, Noel & Tricia moved to the island of Mallorca, Spain where they live in Palma, the capital city.

They continue to write, record and perform together and their latest CD – Quiet My Soul – was released in September 2017.