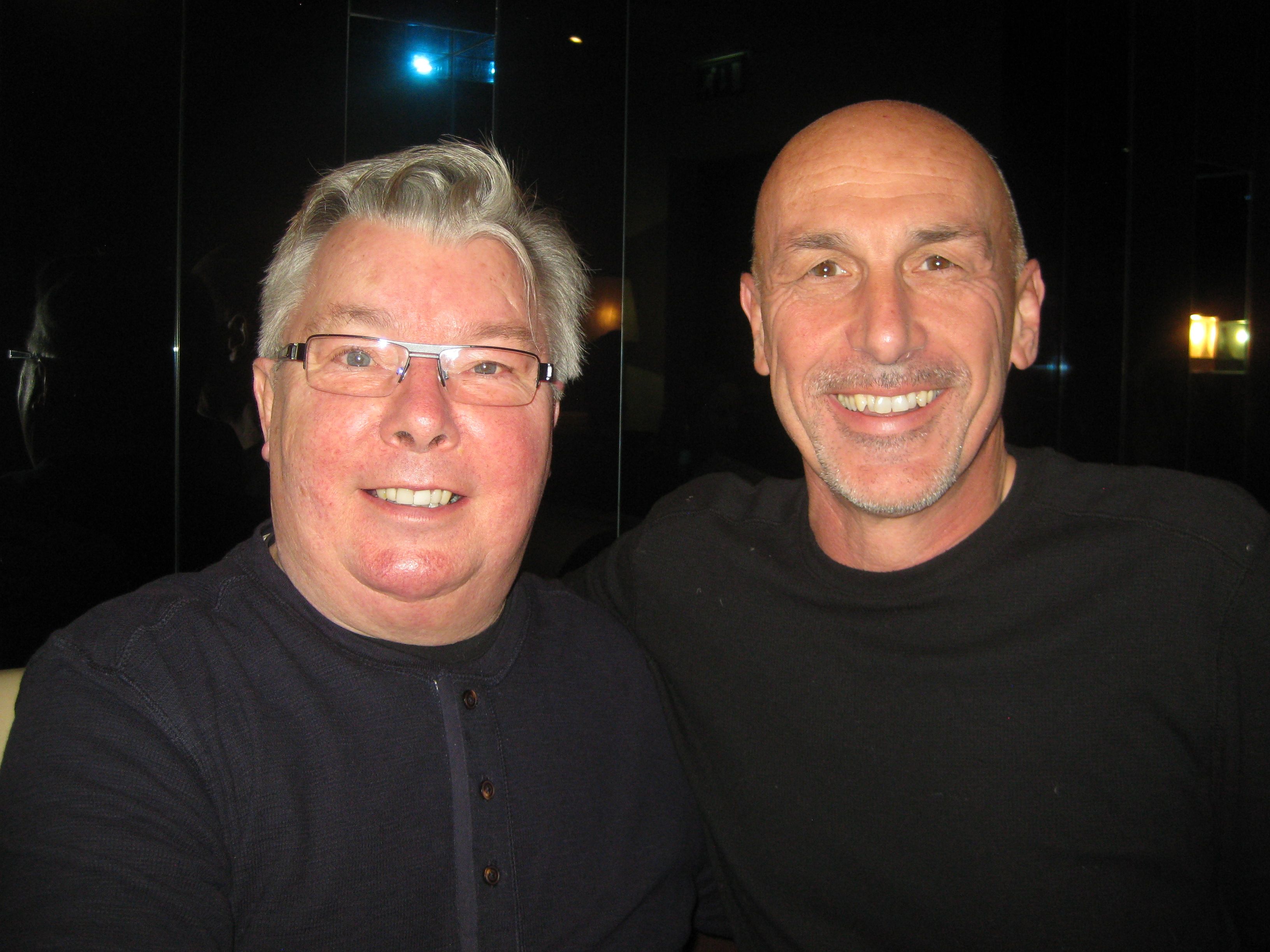 In the autumn of 1978 the controversial house church leader Gerald Coates was invited to speak at a public city-wide celebration gathering in Plymouth (UK). Tricia and I just married, were invited to lead the worship with our band, at that event.

We arrived to set up and while doing so, I noticed a guy in a raincoat helping to put out the chairs.

That was Gerald and this first encounter with him made a great impression on me. Throughout my upbringing in a church environment, I had never known visiting preachers who displayed such a willingness to do something as mundane as putting out the chairs.

This was servant leadership.

Following this event, Gerald stayed on to speak to our small youth church for a couple of evenings. We had never encountered anyone quite like this. Gerald regaled us with his life story, a collection of outrageous and hilarious anecdotes which also involved friendships with famous rock stars.....

Those evenings more than 40 years ago marked the start of a friendship with Gerald that changed our lives completely.

It involved Tricia and I together with 50 other friends, moving 200 miles to Cobham, just outside London, to be a part of Cobham Christian Fellowship which Gerald had planted in that town. This would be our home for the next 30 years.

During that time, Gerald and I worked and travelled together, visiting many nations in Europe, North America, Africa and Australasia.

I had the wonderful privilege of witnessing first-hand, Gerald's demolishing of religious sacred cows, as he encouraged the church to truly embody the values of the King and His Kingdom.

One example was in New Zealand during Easter 1984. We were participating in a conference there, which went really well until the Sunday morning.

The organisers had gone from informality to Sunday morning default. There was a table with a large white sheet on it, covering the bread and wine. Everyone was creeping around in reverence rather than reality. I told the organisers that Gerald would not like this. Sure enough he didn't. He started his preach by saying, “Of all the meetings in the church calendar, this is the one I hate the most. And this (as he tore the white sheet off the table) doesn't help at all”.

There were gasps from the crowd but Gerald had not finished. He began to eat the bread off the table while he was preaching. This was too much for some people who made their feelings known. Gerald was unperturbed. He said,“What's the problem? We are all going to eat this in a few minutes, I am just having mine early!”. He was making the point that we had made 'breaking bread' into something that it was never meant to be. Vintage Gerald.

As we travelled together we would brainstorm lyrics for worship songs.

We started work on 'Great Is The Darkness' while in Ludenscheid, Germany, not realising what a significant hymn it would turn out to be. Gerald came up with the line 'watching while sanity dies' which I thought would never work; but it does.

When Tricia and I could not finish our Easter hymn 'He Has Risen' it was Gerald who came up with the missing lines.

We worked on so many projects together, but probably the most memorable was 'Champion of the World' at London's Wembley Stadium, where we gathered almost 45,000 to worship, in June 1997.

Sunday 3rd April 2022, marked the end of Gerald's life on this planet. During his 78 years, he has impacted the church and countless lives around the globe. His passing marks the end of an era.

I am grateful for the way he influenced my life, my marriage, my faith and my understanding of the Kingdom. Also for helping me to become the singer/songwriter I aspired to be.

But above all else, for simply being my friend.